Where did February go?! 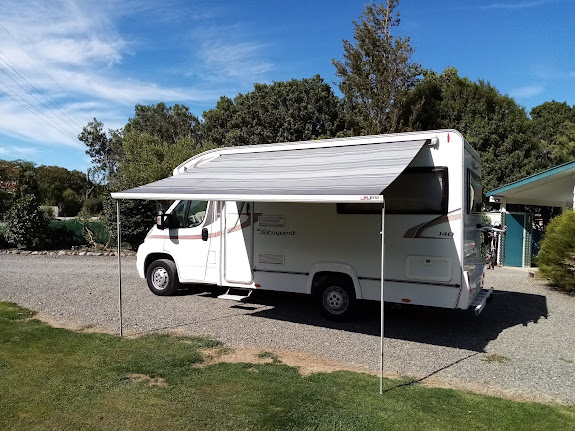 The 'Lunar Rover' in all her glory
So - It's March already and I'm left asking where the hell February went to? One minute it was leading up to my 48th birthdy and the next... Well...
Above is our trusty Elddis motorhome which we brought over with us when we moved to NZ. Bringing it from the UK was a really good idea and we had visions of seeing the marvels of NZ in it. Alas life has simply gotten in the way and as such we just haven't used it anywhere nearly as much as we would like - Or as much as it needs to stay in good mechanical health.
Having the dogs is a major factor in this too as they are pretty restricted in where they can go and so taking them with us in the motorhome is problematic. So it's up for sale and we've had quite a bit of interest in it. More than I expected if I'm honest.
Poor old Emma has been fielding calls about it whilst I've been away at work and as such we now have 3 sets of people who've said they'd like to take it... Blimey this selling thing is hard work sometimes. 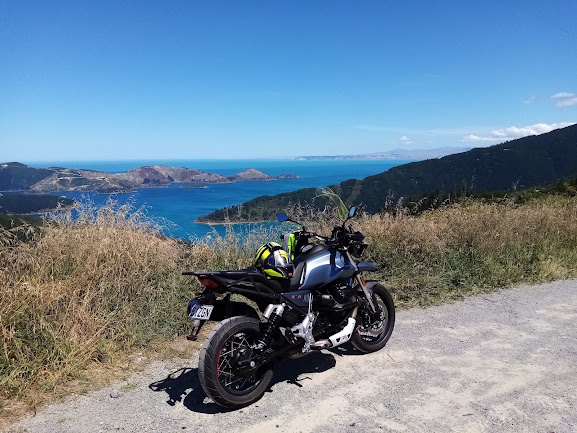 'Claudia' the Moto Guzzi V85tt near Oyster Bay
On a separate note some will know that I keep a close eye on my bikes' fuel consumption. It's a petrolhead/engineer thing but I also believe that it's a good warning sign that all is not 100% with a machine when the fuel consumption does a wobbly. My Guzzi pictured above is a lovely bike which I've owned for just over 12 months now. It is labelled as an 'Classic Enduro travelling machine' by the manufacturers and I reckon that they are about right. I also reckoned, until recently that is, that being Italian would mean that the fuel gauge would be hopelessly pessimistic.
It turns out that the Italians know a thing or two about making fuel gauges that work properly nowadays as I found out when I took it to the local fuel station from our place a week or two back. It turns out that when the fuel range display stops registering and the gauge shows no bars of fuel left that it really is out of fuel...
Cue some swear words and grunting as I pushed it the couple of hundred meters back home again... At least I now know for future reference I guess! I managed to stick some fuel in which I keep for lawnmower duty and head off down to the station once more. Being a European bike it needs more than the standard 91 Octane fuel which is the standard stuff on offer here in NZ. Thankfully our local station stocks 95 as well as 100+ Octane too. Just as well really as a few of the bikes are a bit fussy when it comes to that.
Finally on a more reflective note I was told just over a week ago that my Grandmother on my father's side of the family had suffered a stroke back in the UK. As it turns out she has recovered remarkably well and has returned home once more but it was the first time that such an event has happened to us since we've been in the UK - Mad all the worse by COVID-related lockdowns and travel restrictions. There's nothing much for it of course but it has hightlighted how life can turn in a giffy and make us all feel very vulnerable again very quickly.
No one on the Blackburn side of the family is very close or indeed very good at keeping in touch with each other. To be frank I stopped making the effort myself when we moved here to NZ as the effort never really seemed to be reciprocated in any way, shape or form. This last week has left me wondering whether that was the right course of action on my part and has led to some soul searching on my part. What do others think?
Speak again soon - Please leave a comment if this has made you think a bit too. 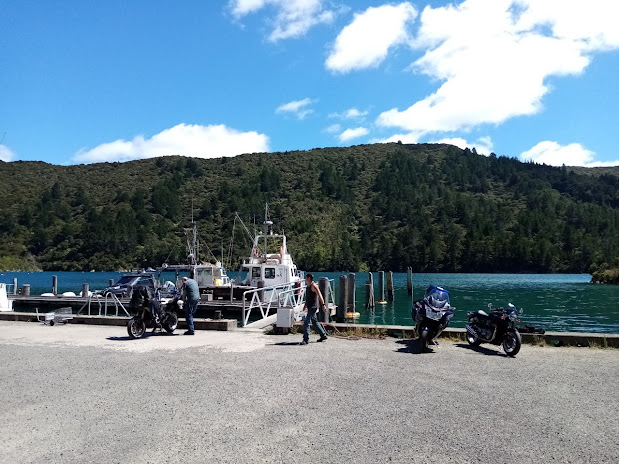 Well hello there - Welcome to my next blog this week coming to you from our beautiful home here in Tuamarina after having been out and about in some of the more picturesque parts of our region. Above you can see a picture of Elaine Bay, some 17Km further on from Okiwi Bay which I showed you in previous posts. I went there today with the Institute of Advanced Motorists Top of the South group (TOTS for short) on one of our fairly regular social rides. We had a few more come along today too which was nice to see. Plus the weather really played ball all day. It was just right being in the mid-20s with a slight breeze to prevent things becoming too warm. Perfect. These rides are good for a whole bunch of reasons. They help improve my mental health, somewhat vital for me at the moment as work has been getting me down for some time, they get me out and about seeing even more of the area we live in, they help keep my riding sharp and they sometimes allow others to join the cause. Riding bett
Read more
January 01, 2021 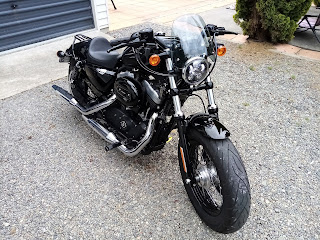 The 'Ride Stuff' Blog Hello, good day and welcome to this the first 'Ride Stuff' blog written to you from New Zealand's beautiful South Island. Firstly a bit of background as to who I am and what this is all about. My wife Emma and I moved here to New Zealand just over 5 years ago from the UK. I moved from the Royal Navy across to the the Royal New Zealand Navy for many of the normal reasons such as improved lifestyle and so on. Having been out here for a holiday back in 2012 we both really enjoyed the place and when a job offer came up we decided to make the move. Not surprisingly fact that it is possibly one of the best countries in the world to travel on by motorcycle didn't hurt either!  I've been bitten by the biking bug since the age of 9 when, living in South Africa, we were intrduced to off road biking. Since then I've always loved bikes, talking about bikes, riding bikes, working on bikes and keeping up to date with the latest in the biking worl
Read more

Trying to be thankful 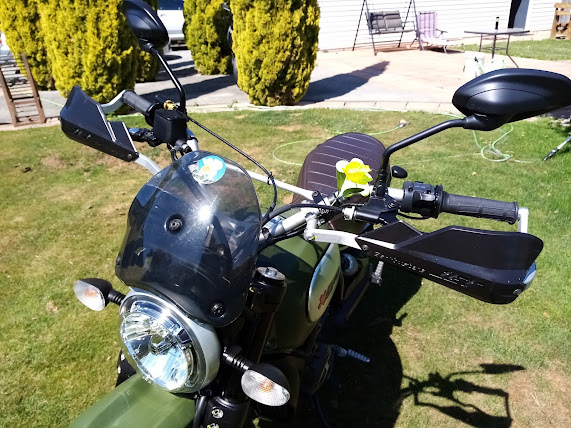 It's funny how life throws us all the proverbial curve balls every now and again. It was once described to me (I can't remember by whom - So it must have been some time ago) as life's way of pressing the 'Reset' button for us all, whether we think we need it or not. Put another way 'Life is what happens to you whilst you're busy making other plans'. This saying has resonated with me for some years now and I'm a firm believer in its validity, even more so as I slide gracefully into middle age. I guess the fact is that, at almost 48 years old, people around you become ill, have crappy things befall them for seemingly no good reason and generally have life happen to them.  As one of my favourite F1 drivers, Martin Brundle, once said you make your own luck and I think that there's some truth to that but sometimes you do have to wonder abut the reasoning behind it all... The reason I've started off with this rather sombre tone is related to the ph
Read more